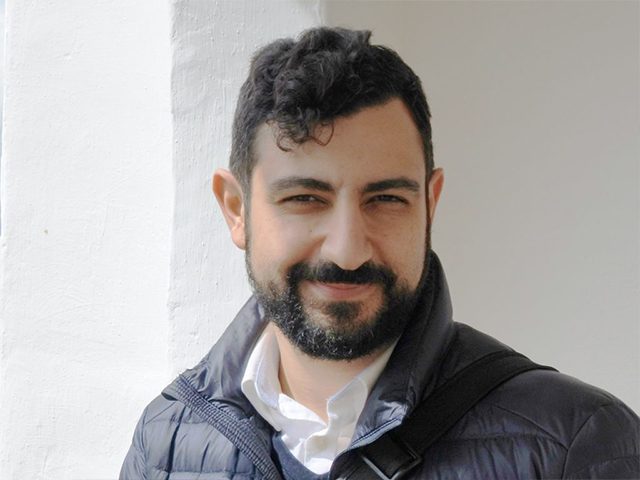 Badr is a newly minted Assistant Professor of Neurophysics at Fordham University. While that may sound like he spends his days uncovering the hidden thoughts of electrons, it actually means that he uses mathematical theories from physics to understand how our brain works. Badr's interest in neuroscience followed a non-linear track: as an undergraduate at Yale, he majored in physics and mathematics, but a lecture on the neuroscience of perception sparked his interest even as he continued his studies of particle physics and cosmology. It wasn't until meeting Professor Mike DeWeese, his future graduate advisor at UC Berkeley, that Badr was finally convinced to set aside the dark matter of the universe for the dark matter between our ears.

Creating spaces where students engage deeply together as scholars and scientists is one of Badr's passions. At UC Berkeley, Badr relished the opportunity to find new ways to make his classroom a place where students not only learned academic skills but also connected with material at a personal level. While there, he co-founded the nationally-recognized Compass Project, a program designed to support graduate students to become innovative educators and historically underrepresented undergraduates to succeed in the physical sciences. Badr's love of teaching has deep roots that extend all the way back to afternoons in middle school spent tutoring his friends and relatives. Since then, he has tutored students from elementary through graduate school in subjects ranging from arithmetic to quantum mechanics. Badr is proud to report that many of his students have gone on to excellent colleges with a passion for and (in some cases) an advanced degree in the sciences.