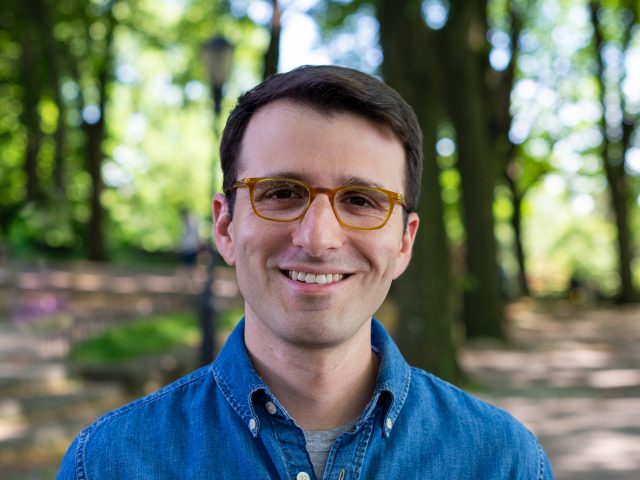 Darius is a history teacher at Riverdale Country School, where his classes cover a dizzying array of topics from pre-modern Chinese history to 20th-century European philosophy. He works with high school students in all grade levels and also serves as the coach of the Riverdale Debate Team. He has taught at Phillips Exeter, Phillips Andover, and the Stowe School in England.

Darius is a historian by training, but his students and colleagues tend to think of him as an intellectual Swiss Army knife. As an undergraduate at Harvard College, he studied modern social and political theory, but also learned to decipher Homer and Herodotus in the original Greek. At the University of Cambridge, his graduate work focused on Thucydides.

Students and parents seek out Darius for his academic expertise in the humanities, but especially for his ability to foster a genuine dialogue between teacher and student. His aim is to cultivate intellectual independence and self-sufficiency. He focuses on asking the right questions, not just providing answers. Students and parents also appreciate the fact that Darius cares deeply about the world of ideas and scholarship, but he wishes for his students much more than academic success. He treats students as whole individuals and teaches in a way that prioritizes their overall well-being and development. Ultimately, he hopes that his students grow to love learning as much as he does. If he can help them meet their goals while also inspiring them to enjoy the process, he’s done his job well.

When Darius isn’t teaching, he’s usually at home trying to keep up his Greek and Latin or watching a trashy action movie--ask him why Terminator 2 is one of the most under-rated films of all time. He loves classical music, martial arts, and falling asleep on trains. His most prized possession is a map of NYC's best burger joints.